From 14th to 21st of July the international equestrian elite moved again to the Aachener Soers: to the CHIO Aachen.

At the official tournament of the Federal Republic of Germany, all five Nations Cups were held in the disciplines dressage, jumping, eventing, driving and vaulting. The "Grand Prix of Aachen", which was held on Sunday, July 21, was once again a sporting highlight.

In the far-reaching exhibitor area, the team from Viebrockreithallen was once again represented this year.

In addition to great discussions with interesting new contacts, the special framework was also used to invite existing customers to the Veibrockreithallen stand.

The team from Viebrockreithallen would like to thank everyone who has complied with the possibility of a personal discussion at the CHIO Aachen and looks forward to possible future Projects. 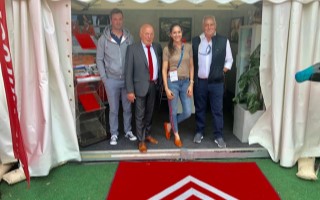 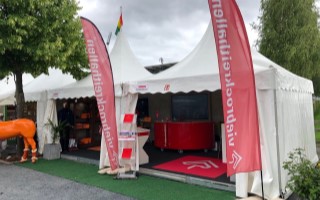 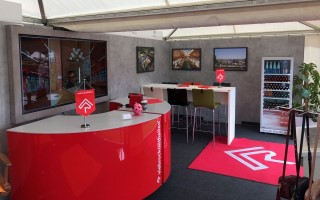 We are delighted that you are interested in our services!
Order your free Viebrockreithallen info material now!

It will arrive in your
inbox in no time at all.